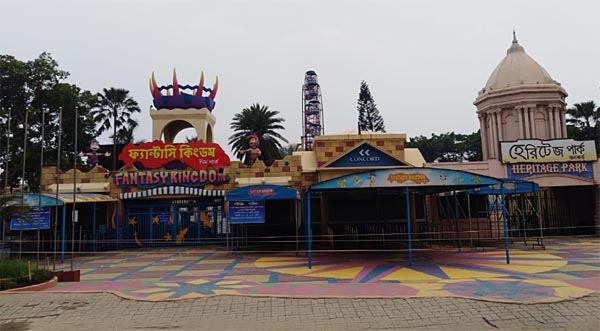 Bangladesh Association of Amusement Parks and Attractions (BAAPA) has sought immediate decision from the government to reopen parks with less than 50 per cent of the parks’ capacity as per the suggestion of Bangladesh Tourism Board and various international organisations.
Ensuring proper health rules and sanitation of the rides, the association has planned to maintain the visitors’ social distancing by installing thermal scanner outside the main entrance of the parks, it said in a media statement on Thursday.

In the early stages of the coronavirus pandemic, the government closed all the amusement parks along with other businesses. At that time, the government decided not to allow the parks to open before the main business season, Eid.

As a result, the companies were severely damaged. Then in the second wave of corona, the amusement parks and tourist centres were closed down again.

The tourism industry and amusement parks were not even included in the incentive package announced by the government for the worst affected sectors during the pandemic in the last year.

The association in the statement said, if these amusement parks are not opened now like other businesses, it will be almost impossible for these establishments to survive or turn around.

Therefore, the association requested the government to include amusement parks under various incentive packages announced and allow the parks to reopen like other businesses.

It also sought exemption of VAT, supplementary duty and other taxes on amusement parks for the next five years to ensure services to tourists and visitors at a relatively low cost.

The association requested the government to provide VAT and duty-free import opportunities on various imported rides and other equipment for construction of new amusement parks and addition of existing facilities in the next five years.

The BAAPA also sought loan at 1 per cent interest for keeping the working capital uninterrupted and for the survival and self-reliance of the amusement parks.