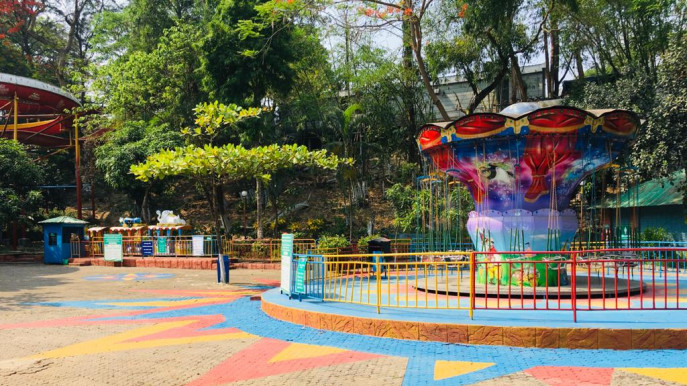 Last year, all tourist centres and amusement parks were closed off in Chattogram during the two Eids and Pahela Baishakh.

Taking the Covid-19 situation into consideration, entertainment centres in Chattogram will remain closed for visitors during the Eid season again this year, authorities said on Tuesday.

“The country has gone through a most difficult Covid-19 situation in April. The infection rate has not yet come down to the desired level. So again, all kinds of entertainment centres in Chattogram will remain closed [during Eid],” Chattogram Deputy Commissioner Mominur Rahman told The Business Standard, on the day.

This has made operators of entertainment centres anxious, with some saying their businesses might not survive another closure. Also, this will put the jobs of employees in jeopardy.

They said the two Eids and Pahela Baishakh are the main seasons of their profit in a year. Apart from this, the yearly salaries and allowances of officers and employees depend on the income during Pahela Baishakh or the picnic season (January-April). But due to closures during these occasions from last year, they have suffered huge losses.

Last year, all tourist centres and amusement parks were closed off in Chattogram during the two Eids and Pahela Baishakh, in an effort to control the infection rate of the novel coronavirus. The district administration closed off all entertainment centres in the port city from 19 March to 22 August.

After the second wave of the Covid-19 pandemic hit the country, all major entertainment centres in the port city were closed off from 1 April again.

Considering the ailing situation of the entertainment industry, leaders have called on authorities to let amusement parks and tourist centres remain open during Eid-ul-Fitr.

“Although other industries, markets, and public transport are open under government decision, all businesses in this sector have been crippled since the onset of the virus. Eid is the business season for amusement parks and tourist centres. If, like other businesses, amusement parks are not opened now, it will be almost impossible for them to survive,” the Bangladesh Association of Amusement Parks and Attractions (BAAPA) said in a press release last Wednesday.

Biswajit Ghosh, deputy manager (Marketing) at Foy’s Lake Amusement Park, which is considered the main entertainment centre in Chattogram, told The Business Standard, “Entertainment centre authorities wait for Pahela Baishakh, Eid-ul-Fitr, and Eid-ul-Azha every year.  Our income is about Tk1.40 crore during the two Eids on average. Apart from this, in a normal year, we earn about Tk3 crore from January to April. But we have not been able to make any income in these two years.”

The drastic fall in income has put businesses and employees of this industry at risk.

‘We spend Tk45 lakh per month on staff salaries, security and maintenance. Including Eid bonus, it increases to around Tk65 lakh. Now that the park is closed there is no income, but regular expenses have not stopped. If this continues, the entrepreneurs will be forced to close down their businesses with layoffs,” said Biswajit Ghosh.

Mohammad Nasir Uddin, manager of Kazir Deuri Shishu Park, said, “It has not been possible to pay the salaries and allowances of our officers and employees on time as the park has been closed for a long time. Many have been forced to dismiss their employees. In the meantime, I am trying to retain as many workers as possible by spending a lot on maintenance to keep the park equipment alive.”

Hathazari UNO, Md Ruhul Amin, member of the Management Committee of the Chattogram district administration-run Zoo, said, ‘Our zoo is different from other entertainment centres. There is no way to stop the cost of maintenance and feeding of the animals. Every month, Tk8 lakh is spent on food for the animals and another Tk3 lakh is spent on maintenance and salaries of the officers and employees.”

“The zoo earns about Tk30 lakh a week every Eid. In a regular year, this amount is earned every month. But, due to the ongoing pandemic, the zoo has not had any income for a long time, which is making it hard for authorities to bear the costs,” Amin added.

Ghosh said there’s still hope for these entertainment centres to survive if they are allowed to do business during the Eid season.